Our adventure begins in Tazewell, Virginia, in the beautiful Shenandoah Mountains, rich with colonial history dating back to the birth of our nation. The dragon symbolizes the strength and determination required of the early colonists as they created a life in this rugged yet breathtaking terrain. Today much of this area is designated as the George Washington and Jefferson National Forests.

Beginning in the 1820’s, much of the forests and wildlife of this area were devastated as the abundance of iron and wood fed the iron furnaces, making mining in the Shenandoah valley very profitable. However, a century later in the 1930’s a wildlife management plan was created, helping to reestablish turkey, bear, deer, and many other species to the mountains. In 1936 President Roosevelt named the northern mountains the Jefferson National Forest, further protecting and allowing the forests to once again flourish. This is fitting, for Thomas Jefferson was a practical conservationist, and this National Forest embraces much of the country he knew and loved.

This area has nourished Native Americans and American settlers alike with bountiful game and fertile soil for centuries. Today this rich area provides us with adventure and tranquility as we follow much of the Mid-Atlantic Backcountry Discovery Route (MABDR) as we wind our way north during this splendid journey.

Participant Jeeps with tires over 40″ WILL BE TURNED AWAY AT VEHICLE EVALUATION AND WILL NOT BE ALLOWED TO ATTEND JAMBOREE, NO REFUND. 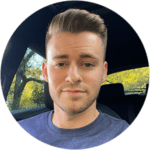